".......The pyramid leitmotif in her recent work here feels indebted to Milad's Egyptian and Honduran background; ancient cultures in both regions erected pyramids. Visually tweaking, erasing, camouflaging, obliterating, and remixing that pyramid shape reads like the artist pointing out that living in a country/on a planet where identity—ethnic, racial, gender, etc.—is fundamental for the organizing power structure to define who you are, you can feel a little unmoored if the available boxes don't always seem like the right fit. Feeling kinda/sorta part of each parent's identity marker but not a whole anything as conventionally defined can feel like not having an identity at all. And when you're some other Other, conventional identity politics not only doesn't always know how to handle that but sometimes even wants you to choose a team. Be this or be that. Be what we think you look like. Be what we think we know about where your people came from. Be that something we assume we already know.

Science informs us that our genotypes contain the genetic information of an individual, but what's expressed as our phenotype is what people see. Biology, of course, is not destiny, and in a few of the works in "Pyramids Fall Too" Milad treats the pyramid form as a visual expression of identity that is, perhaps, no longer sufficient for communicating what it once did. In pieces such as 'They Are Pyramids,' 'Rebuilt Site,' and 'Pharonic Open' Milad's pyramid forms are beginning to be overshadowed by other elements. Gold curves suggest a feathery exterior. A pyramid's matte black face melts into a billowing cloud. Gold-line loops interlock to become stretches of gold chain. These visual developments aren't tacked extras to the pyramid forms, like adding a bathroom to a house. Milad's visual flourishes are indications of the pyramids becoming something else. And if the creation of an accurate self-identity means demolishing the historical conventions represented by the pyramids in the process, well, let them come down".

Images by Joseph Hyde (except where noted) 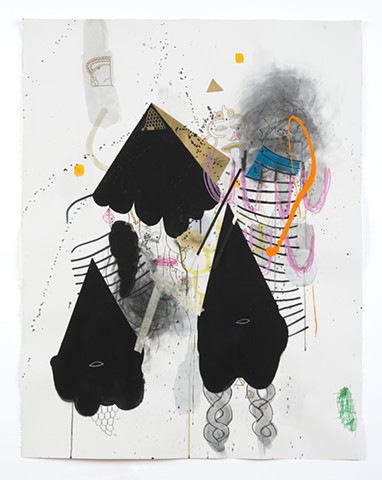 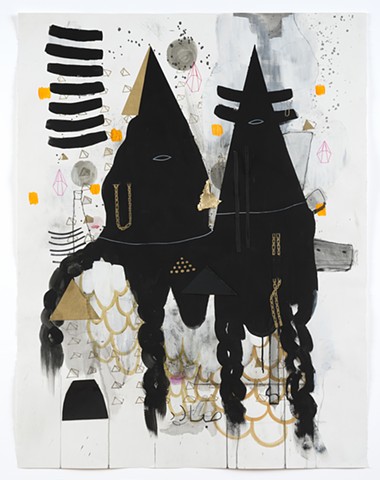 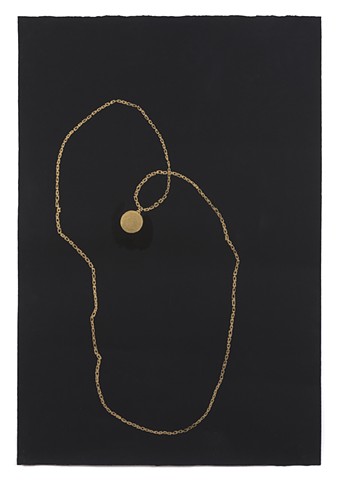 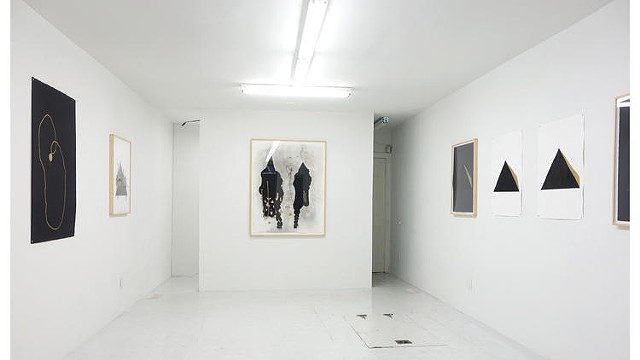 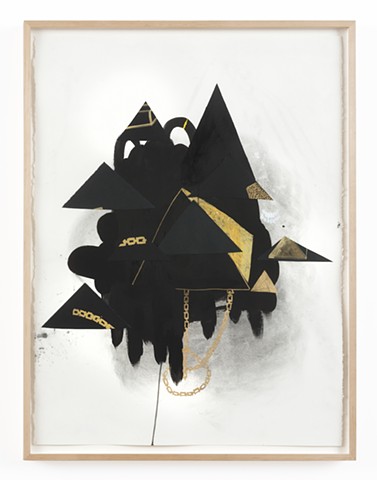 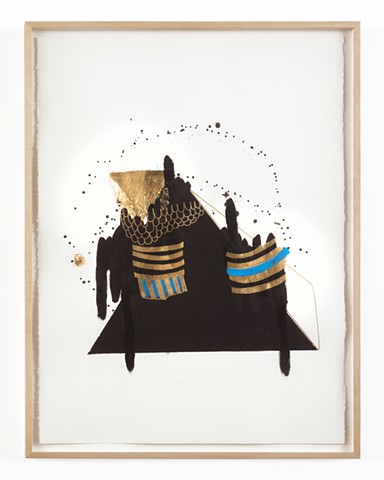 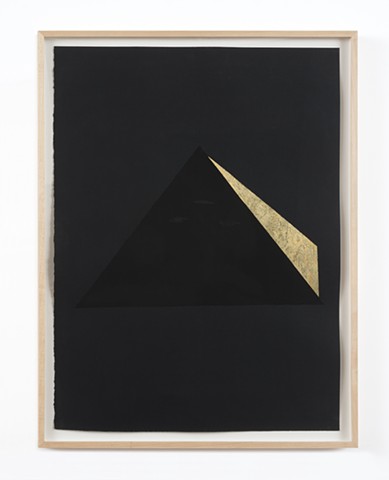 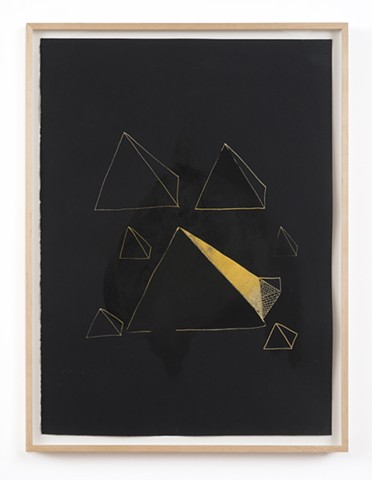 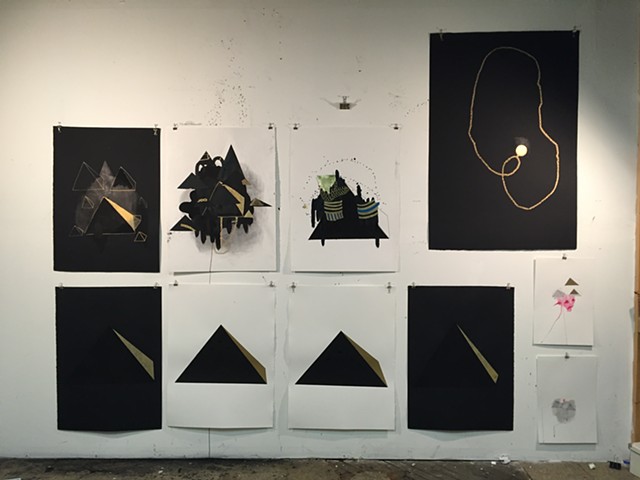