Luis De Jesus Los Angeles is very pleased to announce JACKIE MILAD: Birth (ميلاد), the artist’s first solo exhibition with the gallery. The exhibition will be on view from February 26 through April 9, 2022 with an opening reception to be held on Saturday, February 26th from 3:00 pm to 7:00 pm.

Jackie Milad’s practice is motivated by a need to record and tell her personal story, and in doing so, assert stories like her own into the collective history. As a child in a multi-cultural immigrant family, Milad struggled to connect the history of her Honduran and Egyptian ancestry to her life as an American. For this reason, she deeply considers authors of history and how those stories are recorded and shared across generations and borders.

Through her studio process, Milad models the recording and sharing of her own history on a personal scale. She excavates her earlier artworks and weaves them into new pieces. Artworks that were once static and stored away, become repurposed and responsive. Every layer is material evidence of decisions made and labor undertaken, which results in an account of her presence in the world.

For this current series of works, Milad chose to experiment with form and scale, making visual references to both the creation myths of Ancient Egypt and Mayan civilization. These new works combine painting, drawing and collage on hand-dyed canvas and brim with symbols and patterns from varied sources, such as the recurring icons drawn to represent actual ancient Egyptian and Central American Mayan objects held in western institutions.

By blending what appear to be disparate imagery, icons, and languages, the layered compositions mimic her own mixed-cultural upbringing. Milad also considers how works of art are interpreted once they leave the studio (audiences generally expect publicly displayed artwork to be clearly defined), but by obfuscating a single reading of the artwork she challenges us to embrace its complexity—an analogy to the process of history-making. 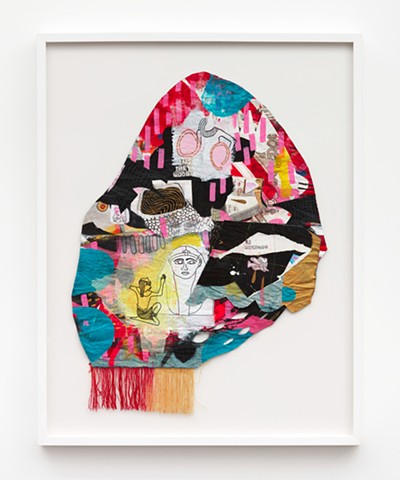 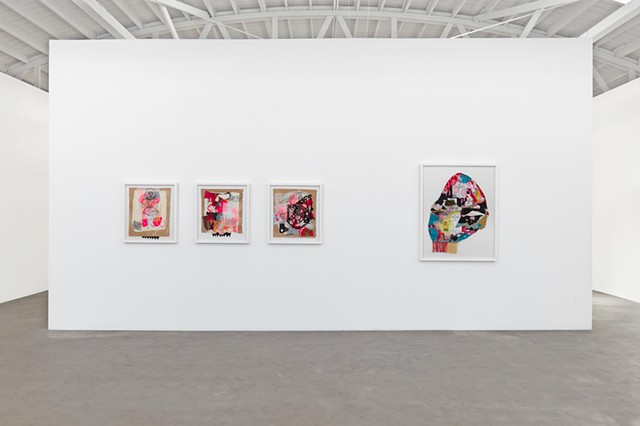 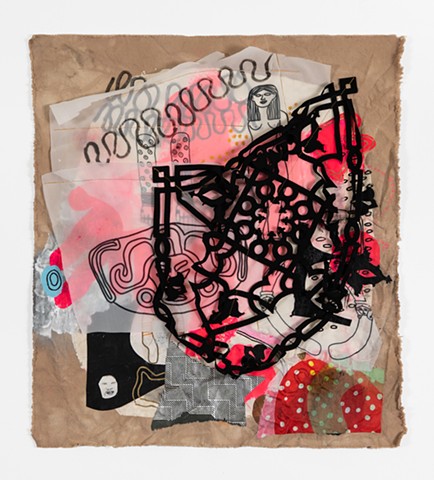 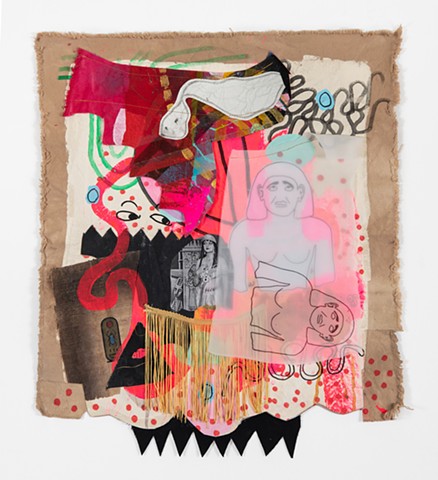 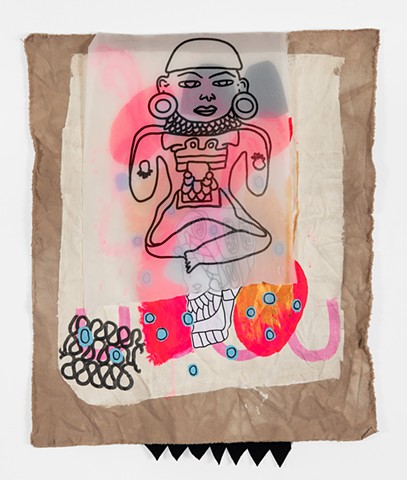 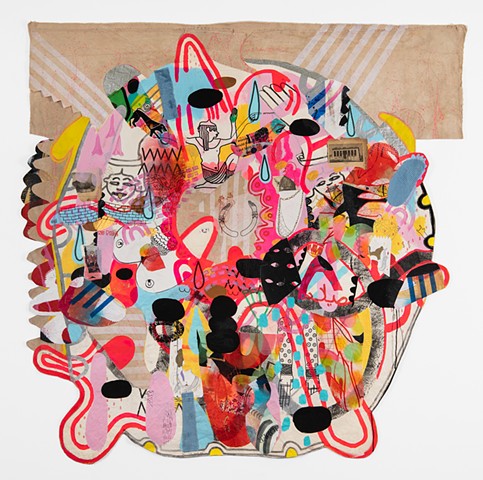 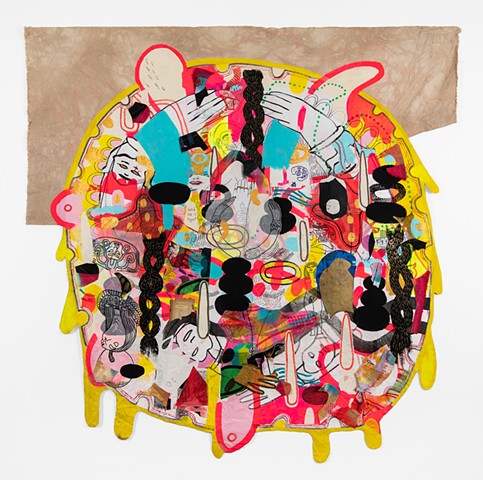 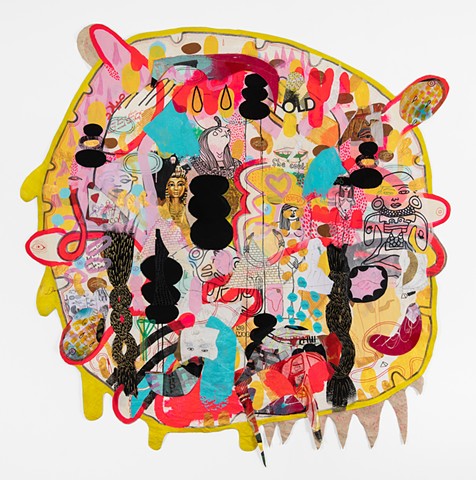 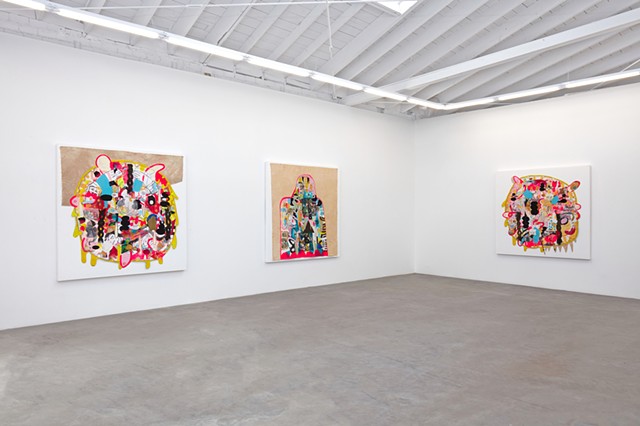 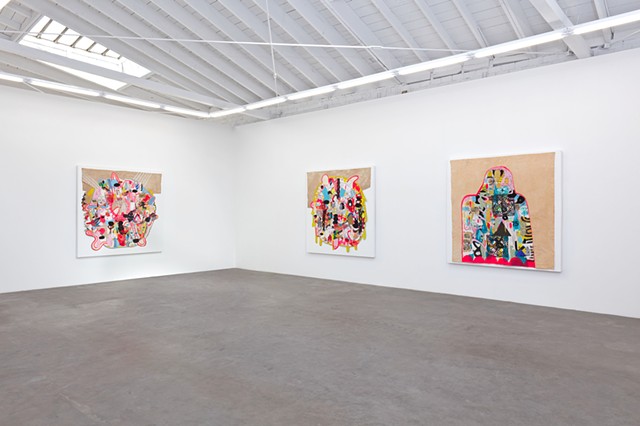 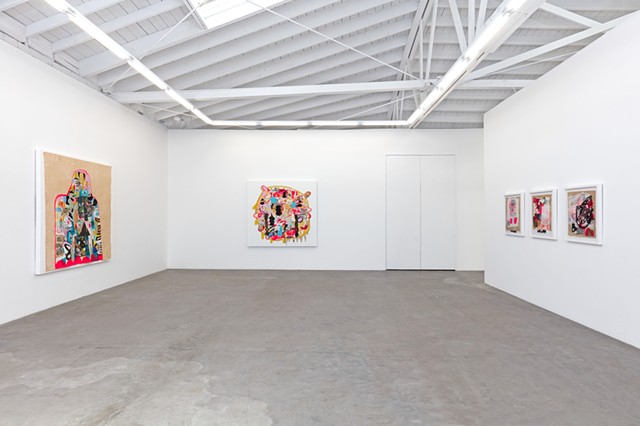